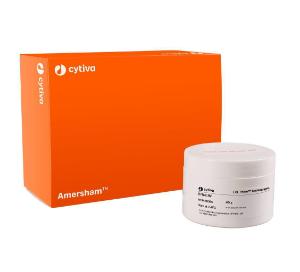 
Amersham ECL Prime is a highly sensitive reagent, characterized by stable signal emission, allowing for the possibility of repeated exposures and making it easier to process several blots in the same experimental run. The high intensity of the emitted signals means that proteins can be dete89cted using highly diluted primary and secondary antibodies, contributing to low background and reducing consumption of reagents. Amersham ECL Prime consolidates and builds on the benefits of Amersham ECL Plus and Amersham ECL Advance to deliver a detection system that is sensitive, stable, precisely quantitative across a wide dynamic range of protein levels, and conservative in its consumption of expensive antibody reagents.

How is savings calculated?
We multiply the savings per unit (in parenthesis) times the total units of the original product.